To Consider the Situation in Wake of US Administration’s Recognition of the City Of Al-Quds Ash-Sharif as the So-Called Capital of Israel, The Occupying Power, and Transfer of the Us Embassy to Al-Quds

We, the Kings and Heads of State and Government of the Member States of the Organization of Islamic Cooperation (OIC), gathering at the 6th Extraordinary Session of the Islamic Summit Conference in Istanbul, Republic of Turkey, on 25 Rabi' Awwal 1439 AH – 13 December 2017 CE upon the invitation of the President of the Republic of Turkey, HE Mr. Recep Tayyip Erdo?an the Chair of the Islamic Summit to review the developments that resulted from the decision by the President of the United States of America of his illegal recognition of Al-Quds Ash-Sharif as the so-called capital of Israel, the occupying Power, and the implications of this decision on the Muslim Ummah;

Having reviewed the alarming situation and growing tensions within the occupied territory of the State of Palestine in most Member States and elsewhere,

Expressing our profound appreciation to His Excellency President Recep Tayyip Erdo?an for taking the lead on an issue of such importance for the Ummah and hosting this Summit,

Commending the convening of the Extraordinary Council of Foreign Ministers upon the invitation of Jordan on 13 December 2017 in Istanbul and welcoming the Resolution it adopted;

Proceeding from responsibility placed on the Muslim Ummah in full solidarity with Palestine,

Reject and condemn in the strongest terms the unilateral decision by the President of the United States America recognizing Al-Quds as the so-called capital of Israel, the occupying Power; reject it as null and void legally, and consider it an attack on the historical, legal, natural and national rights of the Palestinian people, a deliberate undermining of all peace efforts, an impetus to of extremism and terrorism, and a threat to international peace and security; and call upon all member states to give high priority for the Palestinian question in their daily discourses and foreign policy agenda, especially in their dealing with counterparts in other parts of the world.

Reaffirm the centrality of the Cause of Palestine and Al-Quds Ash-Sharif to the Muslim Ummah; renew our principled support for the Palestinian people in their pursuit to attain their inalienable national rights, including their right to self-determination and the establishment of their independent and sovereign Palestinian State on the borders of 4 June 1967, with Al-Quds Ash-Sharif as its capital; assert the status of Al-Quds Ash-Sharif in the hearts and minds of the Muslim and Christian peoples throughout the world because it has the first of the two qiblas, the third holy mosque, where Prophet Muhammad, peace be upon him, started his Mi'raj (Ascension to Heaven), and the birthplace of Jesus Christ, peace be upon him; and resolve to confront any steps that would affect the historical, legal, religious or status of the or political City of Al-Quds Ash-Sharif;

Reaffirm our attachment to the just and comprehensive -peace based on the two-state solution with east Jerusalem as the capital of the State of Palestine and consistent with internationally-recognized terms of reference and the 2002 Arab Peace Initiative adopted by the Extraordinary Islamic Summit Conference in Makkah Al-Mukarramah in 2005- as a strategic choice; and call on the international community to act in an effective and serious manner to achieve this solution.

Reaffirm our adherence to all resolutions adopted by the regular and extraordinary sessions of the Islamic Summit on the Cause of Palestine and the City of Al-Quds Ash-Sharif, in particular the Extraordinary Summit in Jakarta, including the affirmation that a comprehensive and just peace will be achieved only by ending the occupation and establishing the independent State of Palestine that has full sovereignty on the City of Al-Quds Ash-Sharif as its eternal capital;

Consider that this dangerous declaration, which aims to change the legal status of the City of Al-Quds Ash-Sharif, is null and void and lacks any legitimacy, as being a serious violation of the international law, and the Fourth Geneva Convention in particular, and all relevant resolutions of international legitimacy, particularly the UN Security Council resolutions No. 478 (1980) and 2334 (2016), the foundations of the peace process that stipulate that City of Al-Quds Ash-Sharif as a final status issue, the agreements signed and the undertakings made in this regard by the United States of America, which requires the immediate reversal of this decision;

Hold the US Administration fully liable for all the consequences of not retracting from this illegal decision; and regard it as an announcement of the US Administration's withdrawal from its role as sponsor of peace and its realization among all stakeholders and an encouragement of Israel, the occupying Power, to continue its policy of colonialism, settlement, apartheid and the ethnic cleansing it has been practicing in the occupied Palestinian territory in 1967, and in the City of Al-Quds Ash-Sharif at its core;

Thank regional institutions for their positive stand in favor of the State of Palestine and the status of Al-Quds; and mandate the General Secretariat to mobilize support for the cause of Palestine from all regional organizations

Assert our continued commitment to protecting the City of Al-Quds Ash-Sharif, its historic status, its cultural mission, and its legal status, and to take all necessary measures to put an end to the violations committed by the brutal Israeli occupation and any party that supports this occupation and its colonial and racist policies; and condemn in this regard the full and unjustified bias of the US Congress in favor of the imperial and racist policies and practices of Israel, the occupying Power;

Welcome the international consensus rejecting the declaration of the US Administration, which violates all resolutions of international legitimacy, because of its serious repercussions on the security and stability in the region and the world; and regard this international consensus as a message of strong support for the rights of the Palestinian people and their just Cause and right to their land, notably the City of Al-Quds Ash-Sharif;

Support all legal and political steps at the national and international levels, which contribute to preserving the historical and legal status of the City of Al-Quds Ash-Sharif; and support the State of Palestine in its efforts in all international forums to consolidate its sovereignty over Al-Quds Ash-Sharif and the occupied Palestinian territory in general;

Call upon all States to continue to fully implement UNSCR 478 of 1980 and in this regard urge all States to a); refrain from supporting the US decision to recognize Jerusalem as the so-called capital of Israel and b); not to relocate their Diplomatic Missions to Al-Quds Ash-Sharif,

Call on the UN Security Council to assume its responsibilities immediately and reaffirm the legal status of the City of Al-Quds Ash-Sharif, and to end the Israeli occupation of the land of the State of Palestine, to ensure the international protection of the Palestinian people, and to implement and respect all its resolutions on the Palestinian Cause;

Stand for the Cause of Palestine and Al-Quds Ash-Sharif as the main issue in international forums, including Member States' voting in favor of the relevant resolutions of the Security Council, the General Assembly, the Human Rights Council, the UNESCO and other international organizations and expressing their rejection of any action contrary to this principled position, and any member state taking a different stance shall be considered to have left Islamic unanimity and should therefore be held accountable

Urge strongly all member states to support Bayt Mal Al-Quds Ash-Sharif, the executive arm of Al-Quds Committee chaired by His Majesty King Mohammed VI of Morocco, in order to help the steadfastness of the inhabitants of Al-Quds;

Also affirm commitment to provide the necessary material resources to support the steadfastness of the Palestinian people within the occupied Palestinian territory, particularly in the City of Al-Quds Ash-Sharif, who continue to protect the historic, civilizational and legal identity of the Holy City;

Strongly urges all Member States, specialized agencies and non-governmental organizations in the Member States to increase their contributions to the United Nations Relief and Works Agency for Palestine Refugees in the Near East (UNRWA) so as to ease the ongoing financial crises, exacerbated by the current humanitarian situation on the ground, and to support the Agency’s valuable work in assisting the Palestine refugees.

Calls upon the Member States and relevant OIC bodies to continue to provide all forms of economic, social, technical and material support and assistance to the Palestinian people and the State of Palestine including promotion and facilitation of trade with Palestine, developing capacity building programs and enhancing financial and economic assistance to build up a strong and independent Palestinian national economy and to strengthen the economic and social development of Palestine, including the City of Al-Quds Al-Sharif, as its capital.

Call upon the OIC Executive Committee and its Bureau and the Ministerial Contact Group on Al-Quds to act expeditiously and communicate with the governments of world countries and international organizations to raise their awareness of the seriousness of this step and the actions of Muslim countries in this regard and to act preemptively concerning any negative consequences of the declaration of the US Administration;

Requests IDB to support economic and social development endeavors in Quds Al-Sharif and other occupied territories through the "Islamic Solidarity Fund for Development” by prioritizing Palestine’s projects and formulating special and flexible mechanisms and procedures for them.

Assert the need to continue to follow developments in this regard and to take the necessary action accordingly. 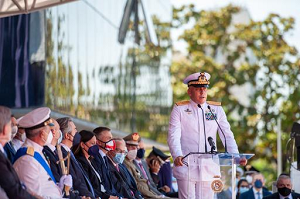 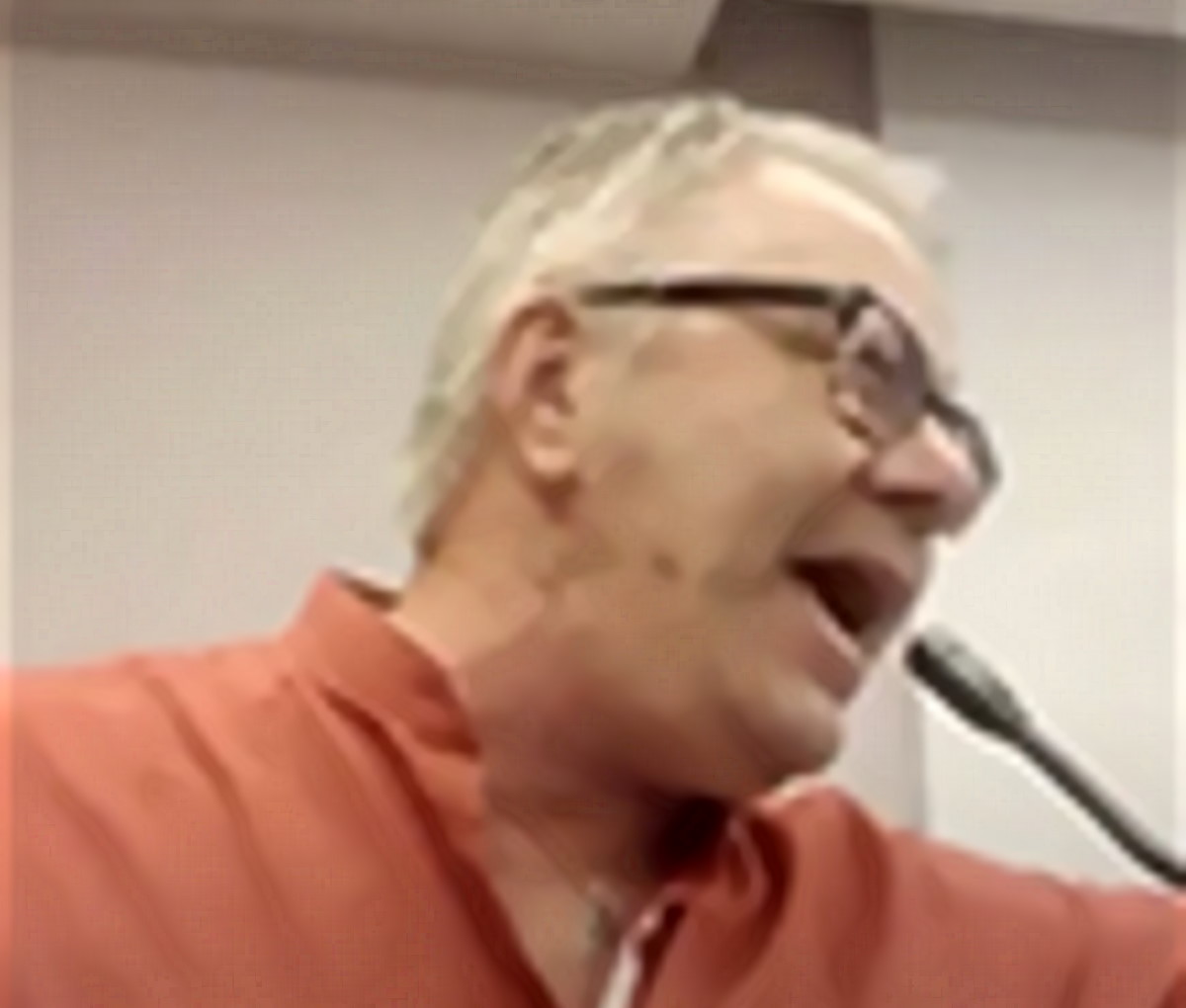 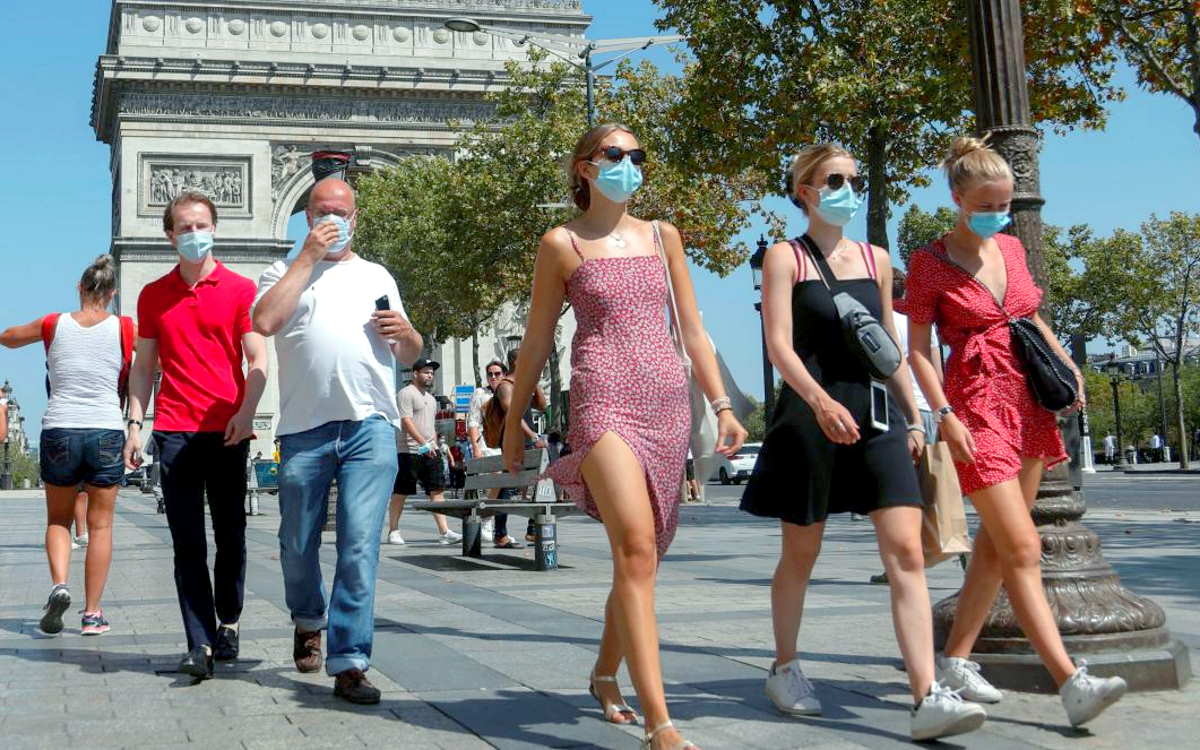 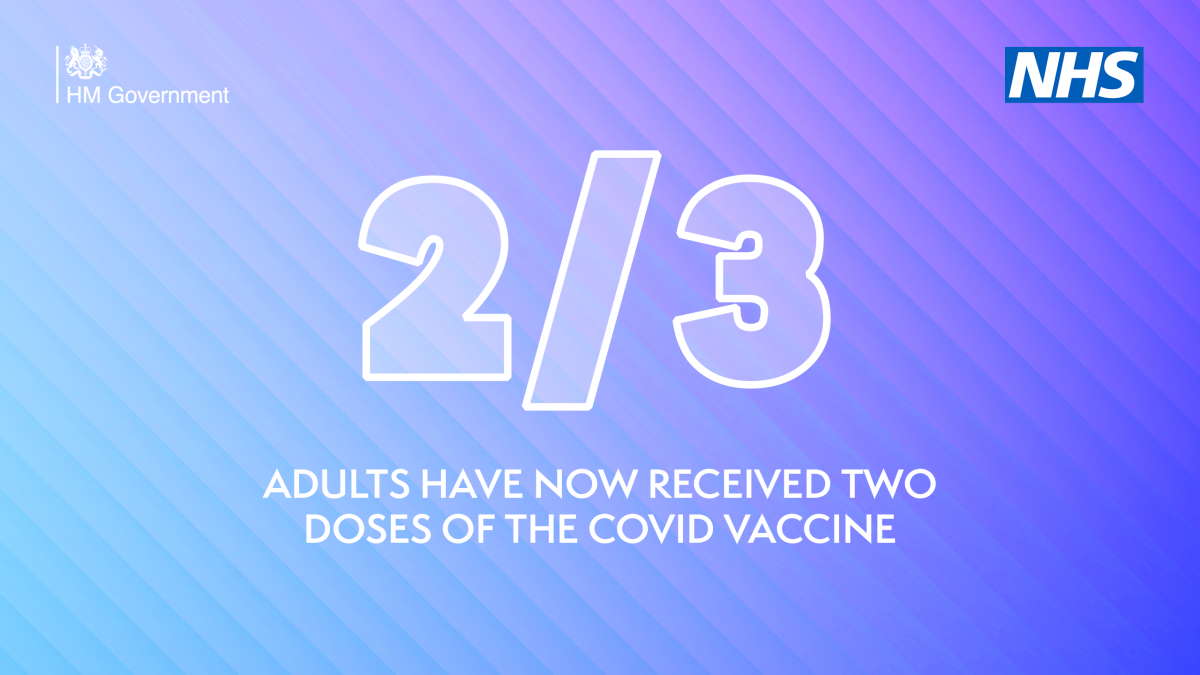 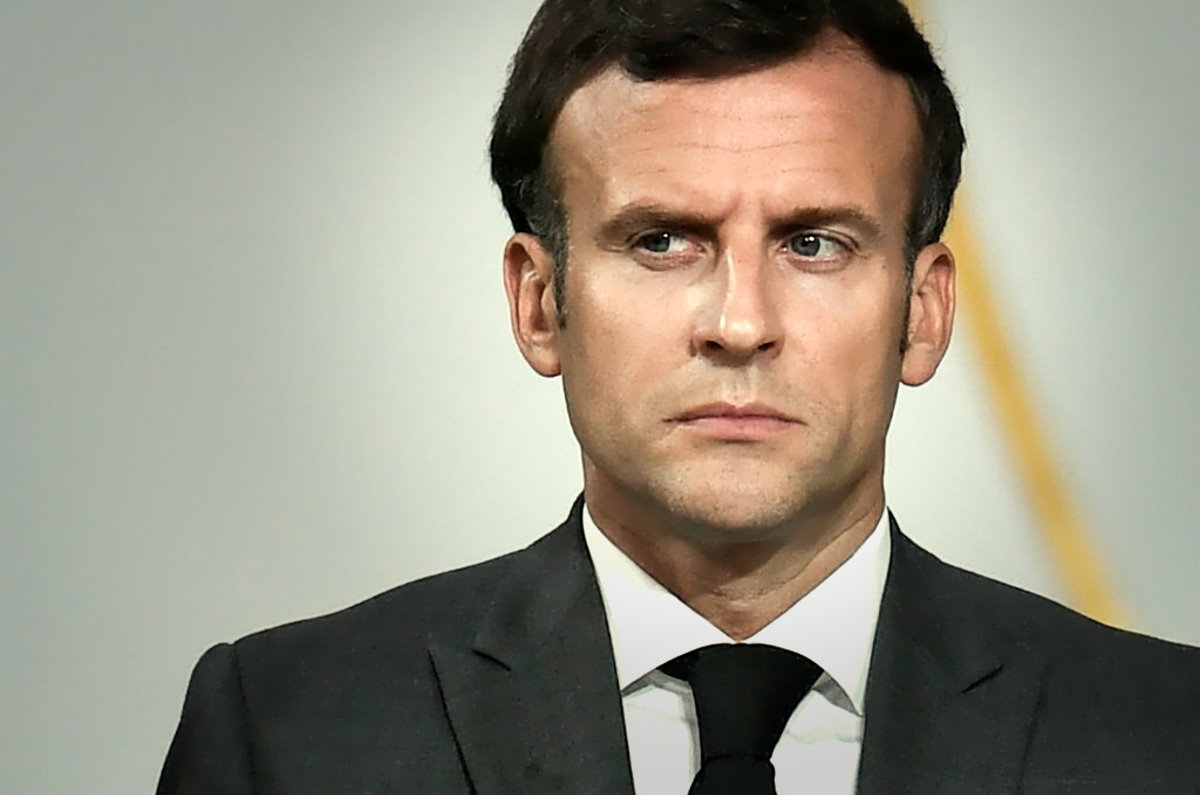 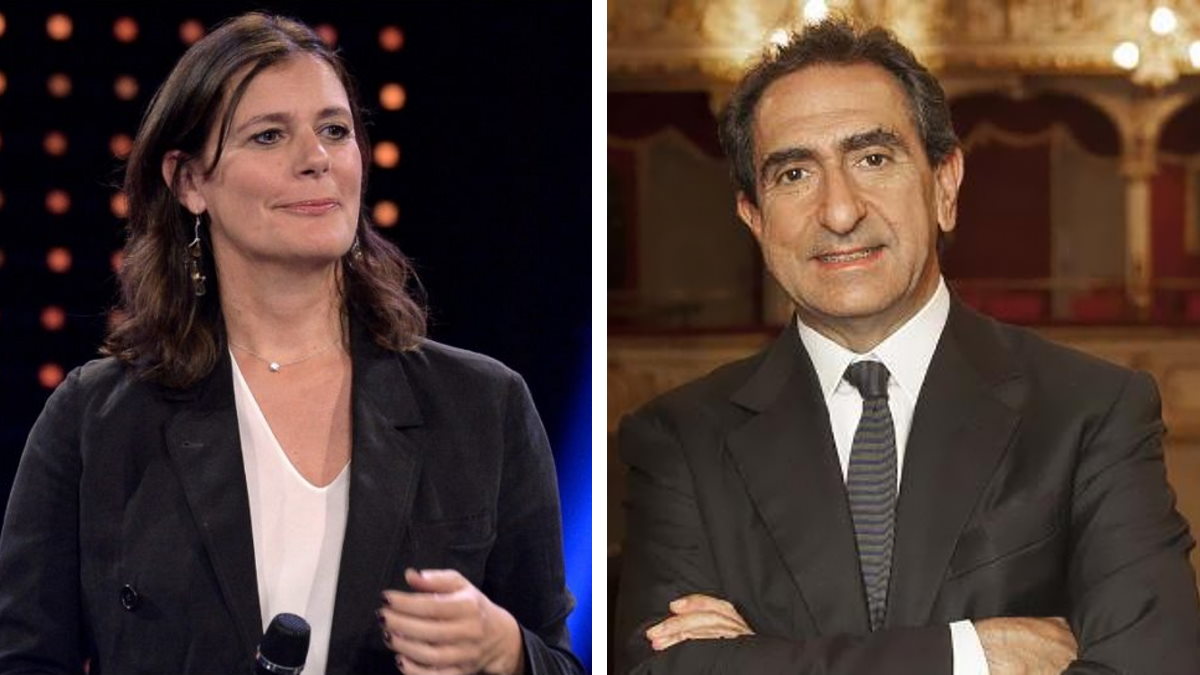